Adriatic Coast - Italy
From Craco I headed toward the Adriatic Coast and arrived at Bari. I had considered, and in fact asked at the ferry port, about crossing the water to Albania. To do this would have meant a hefty cost to cross the sea, and due to sail times, spending far longer in Bari than I cared to do, which resulted in me spending only the one night here before heading up the coast.
Bari is a very busy town centre , but the route from the urban backstreets to the hugely busy centre left much to be desired. It looked unkempt with the typical communal waste bins overflowing their waste, and the general appearance of the urban area did little to encourage a longer stay.
I continued on to Trani the following morning. Trani, by total contrast, grabbed my attention, looked very clean and had beautiful coastline views.
The Old Town oozed character and has many cafe bars for that essential mid-morning coffee coupled with a little people watching time.

Bari and ferry port bookings, below: 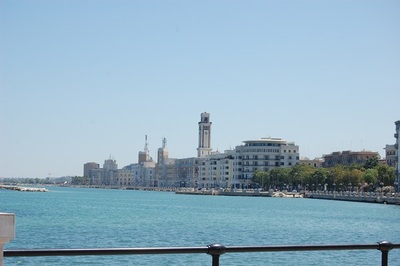 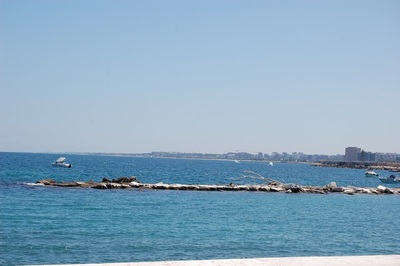 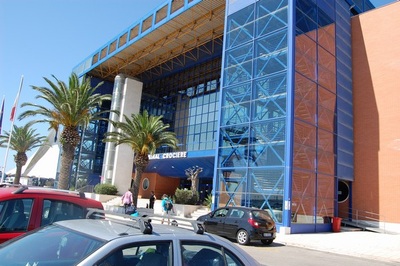 The beautiful City of Trani... 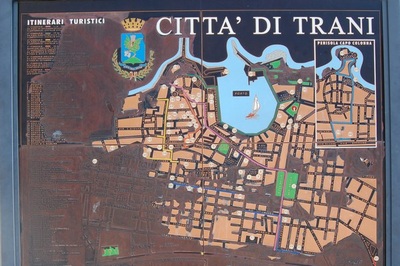 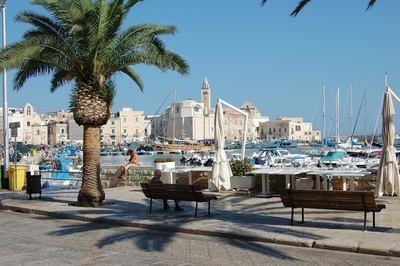 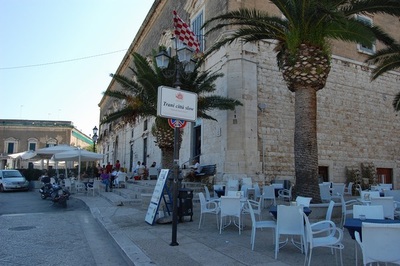 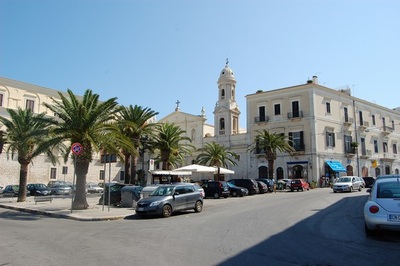 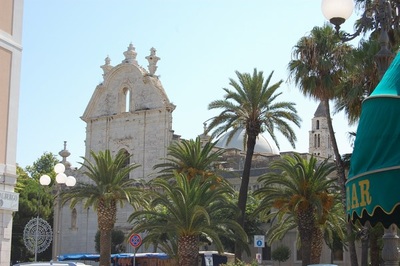 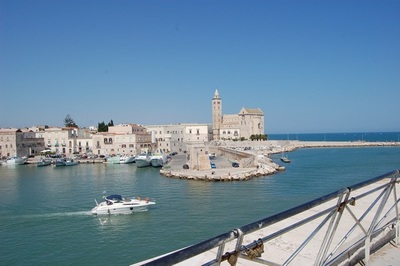 Continuing on and into San Severo , the heat would continue to rise!

For a considerable time the Transit had been giving me difficulty selecting the lower gears. The clutch was fine, no slipping or dragging, just low gear selection. I persevered and noticed that it was only whilst in heavy traffic that this was a problem. To be more specific, the longer the clutch pedal was held to the floor the less inclined it was to return. This indicated the slave cylinder was perhaps on its way out and so I learnt to adapt by not holding the clutch down at junctions, lights, or even slow speed crawling, but instead selected either neutral or the lowest gear that would cope without judder at the lowest speed in congested areas. The unavoidable problem would be most prevalent when negotiating confined spaces - a car park perhaps, whereby the clutch would get constant use.

As I continued on, I would see many derelict buildings, derelict houses on farmland, as well as much 'scorched Earth'! Surely the temperatures weren't so high as to ignite the dry, and in many cases, seemingly baron land? The scorched Earth patterns would suggest the fires were started intentionally. Perhaps it's a seasonal thing in this region, for farming reasons, either way, these fires didn't appear to be particularly well controlled, but instead threatened to cross tarmac and into the next area of dry land. 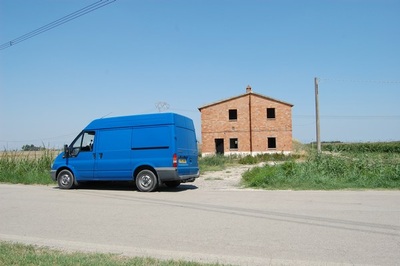 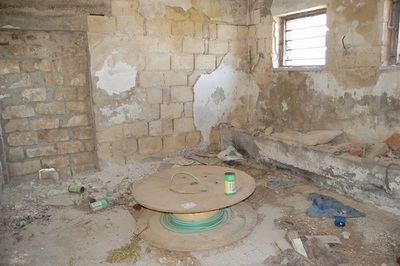 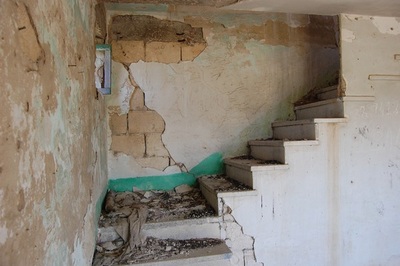 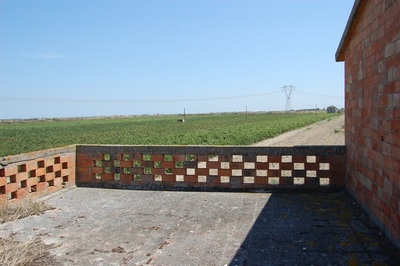 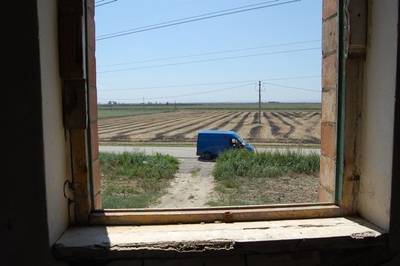 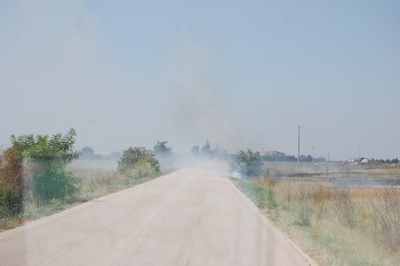 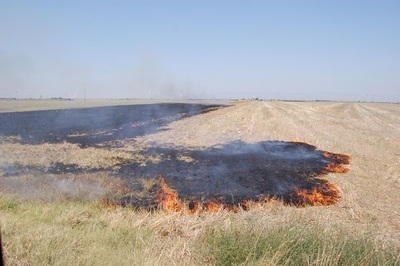 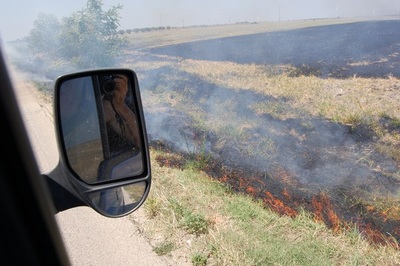 Eventually I would pick up the coastal road again and started to look for my overnight accommodation. Despite there being much daylight, evening would draw in quickly once the Sun started on it's setting path. The coastal route is actually very slow going in the height of season, especially on four wheels! The heat alone was enough to want that accommodation, as opposed to camping, if only for the chance to have a shower and be in a air-conditioned room.

Whilst no wild camping was possible, there were many roadside campsites, which were in fact full to overflowing. I would find somewhere to pull off the road without using these sites just so as to get some air and have a much need rehydration liquid inducing session, or two!
Some of the roadside parking is worth the stop just to satisfy the curiosity - especially when the fabulous looking stilt-mounted restaurants suddenly catch the eye. A pontoon walk is a must! 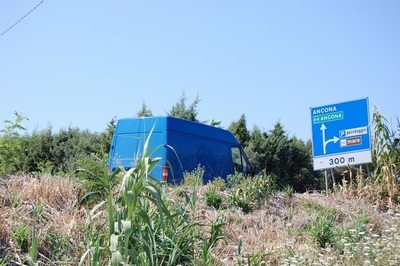 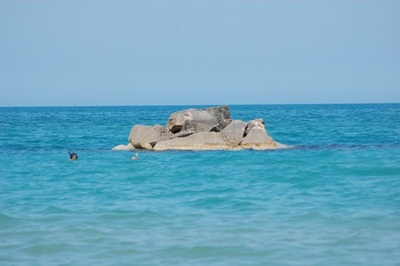 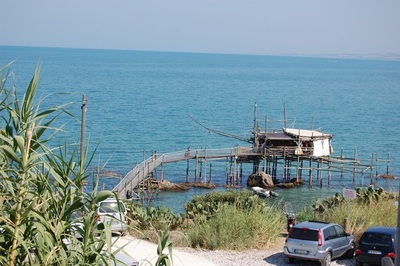 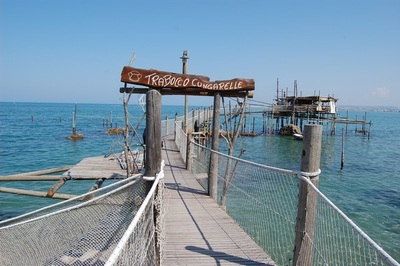 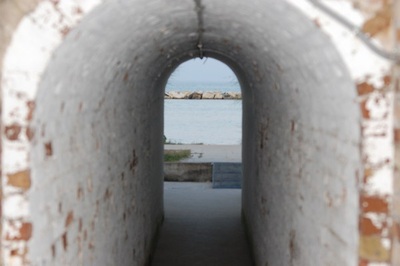 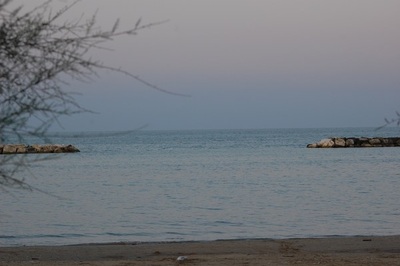 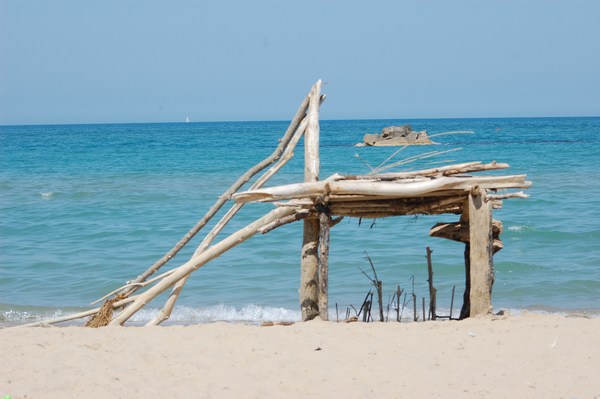 After two nights in a fabulous Hotel , near Ancona , and after finding a garage that would empty my wallet for a complete fluids and filter service on the Tranny, I would set off to Tavullia , the hometown of no.46 , 9 times MotoGP World Champion - Valentino Rossi! 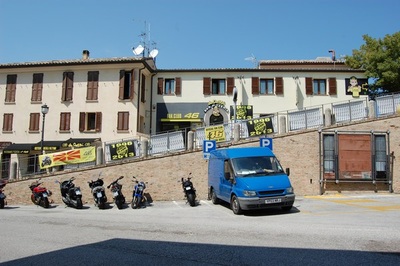 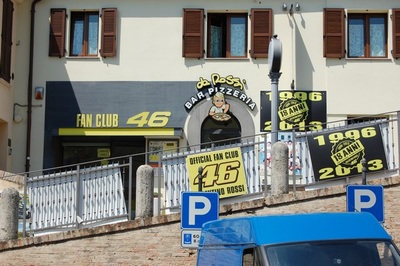 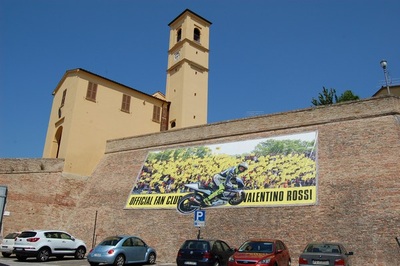 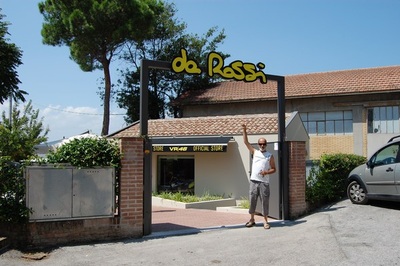 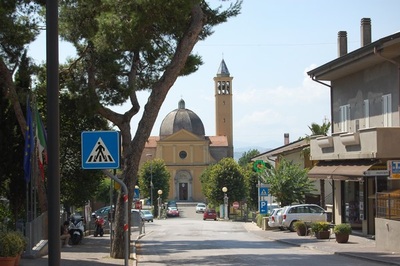 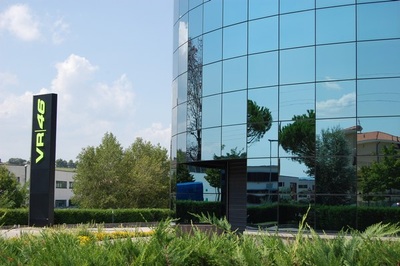