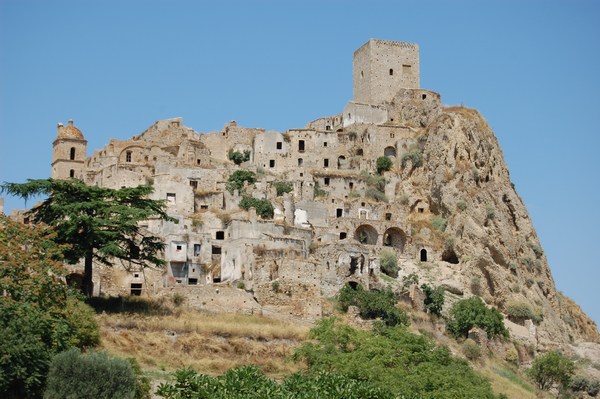 The soaring temperatures in Italy continued, day by day. Huge amounts of water were taken onboard to rehydrate, particularly because in this region there is very little respite from the heat. Finding a shaded area was close to impossible, though fortunately, and immediately out front of the 'Ghost Town', Craco, a place to pull up and take a break.
I chose this stop for an overnight sleep and to escape the intense heat inside the van. A table and chair would be set up beneath the trees and would be my campsite until long into the following day.

I'm not certain how well known Craco is to tourists, or that it's perhaps just too far into a landscape of spaghetti western type bleakness, but either way, I found it extremely tranquil and with very little to interfere with an opportunity to take literally hundreds of photographs and soak up the stillness of nature and all of it's surroundings.
Every so often a guide experience would lead tourists around the grounds, lasting perhaps an hour, before a second party would come through. The tourist numbers for these walkthroughs, whilst I was at Craco, would number less than 10 people.

The sounds of nature appeared almost ceaseless. I'm not certain which creature it was, but throughout my coastal Italian route, and now here at Craco, the sound that appeared to be very similar to that of a Cricket, was always audible. Think of this sound and then multiply it by 100's , perhaps 1000's!

Craco has been location for many films over the years , amongst such films were 'The Passion of Christ' and 'Quantum of Solace'. 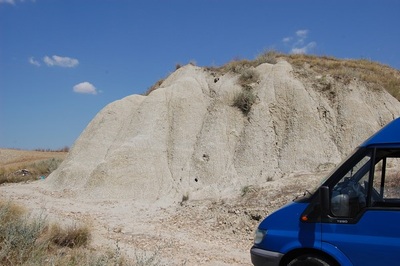 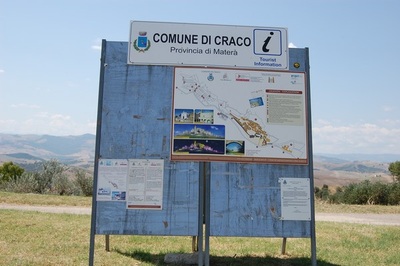 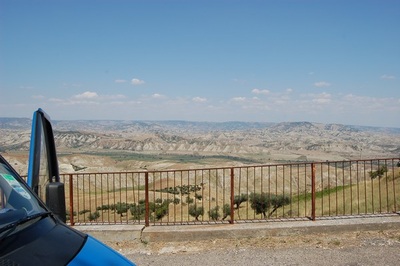 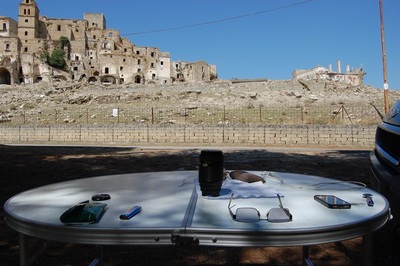 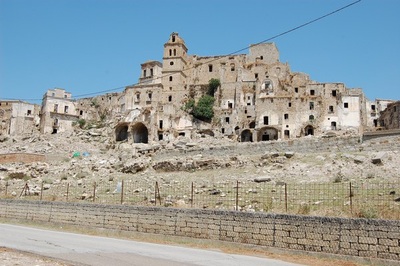 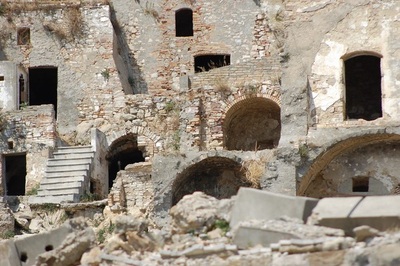 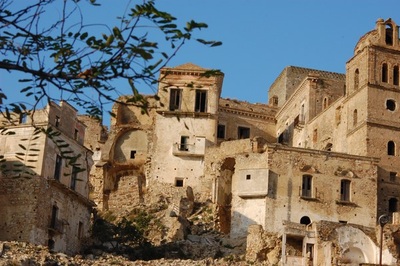 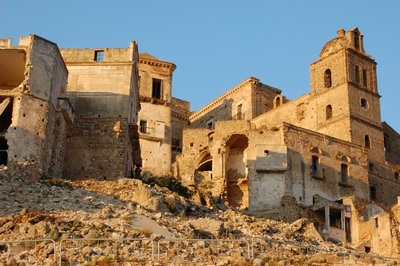 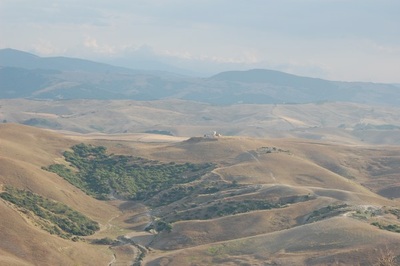 Whilst sat at my fold out table I would be greeted by a ferrel cat! This little scavenger appeared right at home here and was clearly aware that visitors would lunch here and either use the waste facility, or surrounding area, to discard any food remains. 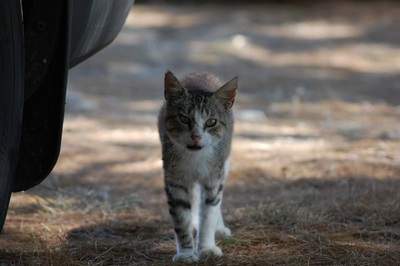 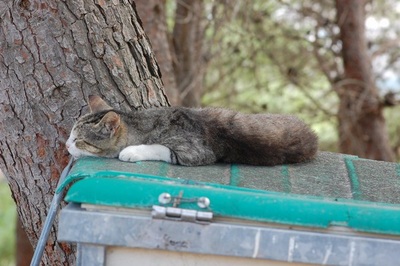 A small orchestra, performing in the tower to tourists, can be heard from the road that runs past this deserted town.

Craco is a protected ruin and will see the Italian police swarming all over it should any suspicious activity take place around the site. I experienced this, first hand, not because I was doing anything damaging, but because I took to some naked shade bathing behind my van and out of view of any passers by!
This is not something I would normally do and I only justify it on the grounds of the intense heat, something we in the UK are not familiar with.
Unfortunately, on the one occasion I let down my guard down, and to adjust my camera tripod, set up roadside, where no vehicle would be seen for perhaps 30 minute intervals, a 'silent car' came up the hill behind me, caught me with my pants down, no, off, and got a full on view of my buttocks!
I quickly learnt that wearing less than nothing in Italy was probably frowned upon by everybody except myself whilst in my moment of heat exhaustive need! After having put my shorts back on I suddenly found myself surrounded by many 'blacked out' Italian unmarked police vehicles. I wasn't approached, just observed in a kind of 'we're pretending to not have noticed you until you whip them off again', manner.
After about 30 minutes I left my 'campsite' and set off from Craco, but still for some distance, more and more 'blacked out' Audi Q's would head toward me and up to the scene of the 'crime'. @.@ 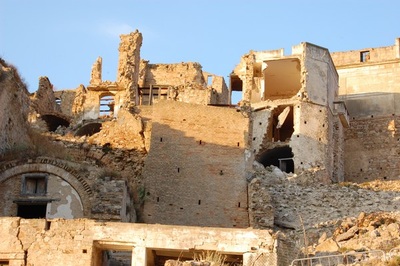 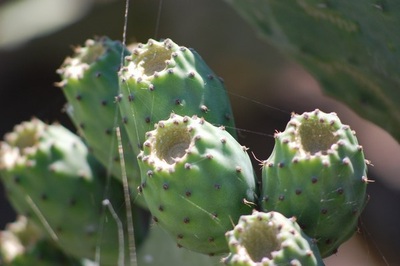 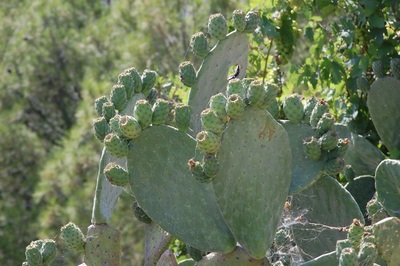 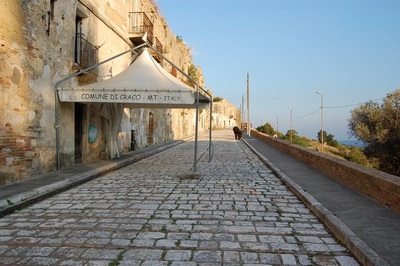 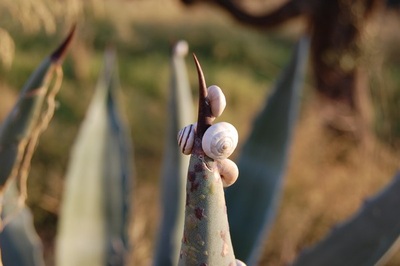 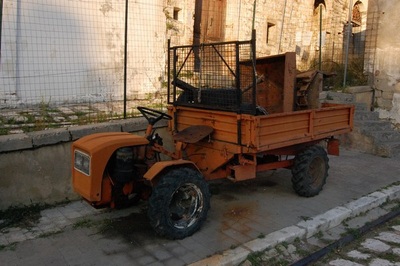