It was due to the fact that I was using low cost hotels that I had to keep moving , though there would be occasions when I'd either camp out, or inside the van. This being the case, and with reference to my previous mention that I was going about this travel/volunteering journey the wrong way, it left any hosts I'd contact only a short time window to get back to me and confirm whether or not they had any work for me.
My continual movement meant I was never in one location for very long.

With better planning I could have put the word out several days before reaching a destination so as to provide some hope, as well as a better time frame, for hosts to get back to me. That said, from perhaps 10 hosts contacted only about 3 would respond.

For those wishing to take up travel and/or voluntary work I highly recommend Couchsurfing .
Additionally, and for me and even better source, is Helpx .
Go look them up!

I continued through France and from Pont d'Ain onwards I took much the same route I took in 2012, until reaching Jausier. During my time on the road up to this point I had managed to meet a solitary hitch hiker, a French woman, en route to Gap. I bundled her belongings onboard and continued on to Jausier, where I would drop her off, and she would start the next leg of her journey.
After sleeping in Jausier, the same 'free' campsite as 2012, I set off toward Italy. 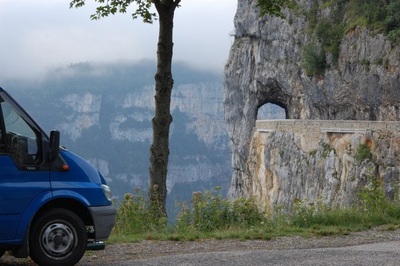 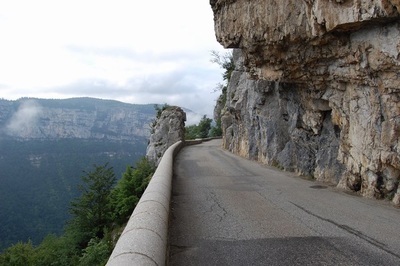 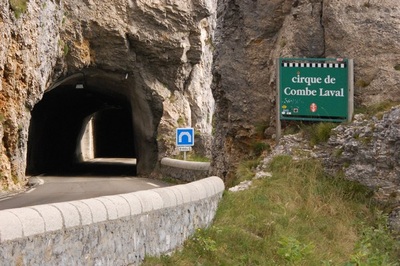 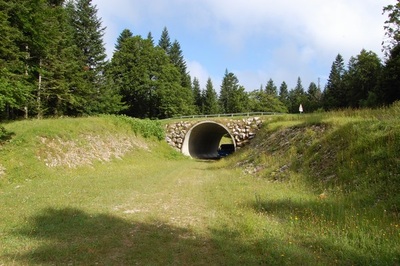 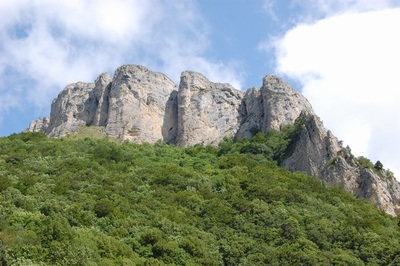 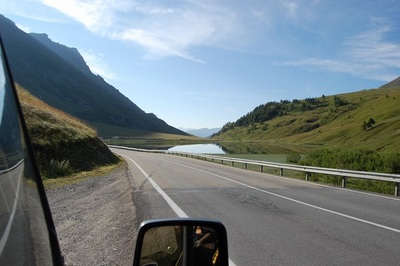 ITALY, this time around, would see me venturing south, having visited the Dolomites in previous years. I would take a route that would hug the coast, stop at Pisa, continue down , skirting Rome and onto the deserted 'ghost town' of Craco.
Throughout all my travels Italy would prove to be the hottest. Soaring temperatures would make certain I was down to just a pair of shorts whilst driving , many litres of water consumed, both windows down (no air-con) and still sweating.

Two things that stood out to me whilst travelling through southern Italy:-

1) There are very few, if any, roadside areas that could lead to the possibility of wild camping.
2) On the main highways prostitutes would walk the lay-by section, or just stand roadside, waiting for their catch. Some of the girls would be on a stretch of road many miles from town, and which could have you puzzled as to how on earth they got there! They certainly wouldn't have walked, but most likely driven to their isolated location by their pimp! It was a common occurrence along the highways, whereby a second, third, fourth girl would be seen another mile or so up the road. 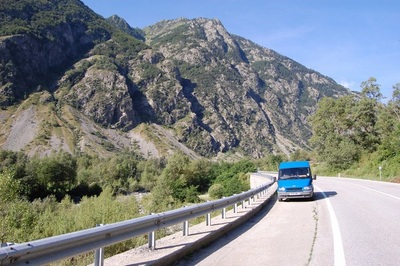 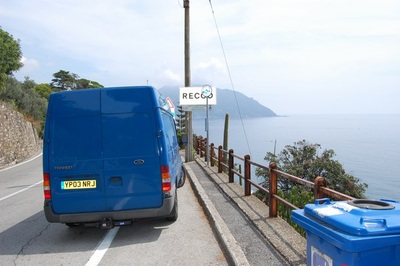 Piza (Pisa) didn't have the impact upon me that I would have expected (expectations again - not all they're cracked up to be)
and struck me as being a bit of a toy town! Irrespective of the history of the City, it just lacked impact, for me.

The Tower, whilst being a total work of art, undeniably, had a disappointing falseness to it. The condition of the Tower, and other surrounding architecture within the grounds, were in perfect condition. In fact, when I was there the scaffolding was in place for the seemingly never ending reconstruction work being carried out on the historic landmarks. This is all well and good, but would it not be better to have an aged appearance to the modern touch, as opposed to a falsified impression? In my opinion, Pisa doesn't age gracefully, it just has more and more make-up applied in an effort to hide the years.

In fact, throughout my travels in major Cities of Europe, the scaffold would be in place for renovation, from Piza to Budapest to Reims. Fortunately, not all of the historic sites I had the privilege to visit would be so brazen in their modern day retrospective manipulated aesthetic tourism market 'appeal'.

However, the single thing that really stuck with me was the foul stench in the back streets! Every so often the stench would make it's presence known as I would twist and wind through the streets. I'm not certain whether it was general waste from the communal street bins, which are commonplace throughout much of Europe, the stench of sewerage, or a combination of both.
Either way, it certainly wouldn't make for a pleasant experience to be sat eating food when a sudden gust, or breeze, would wind it's way to your patch, unexpectedly! 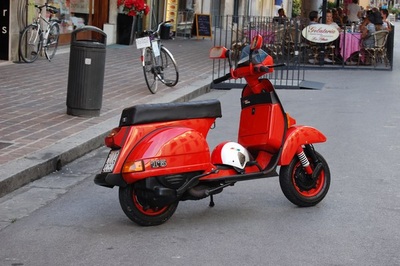 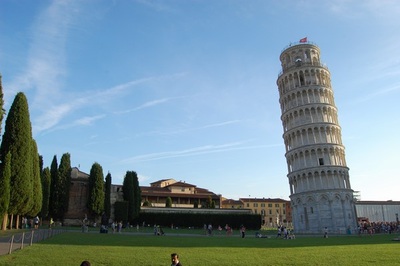 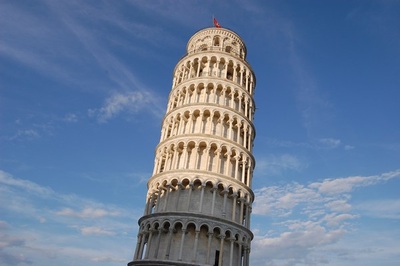 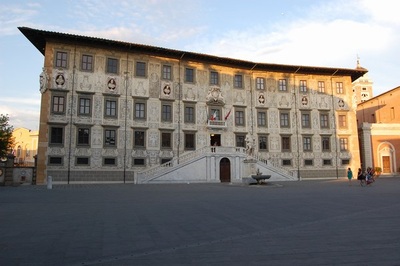 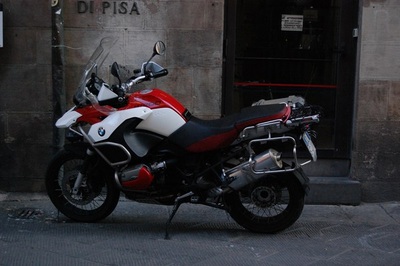 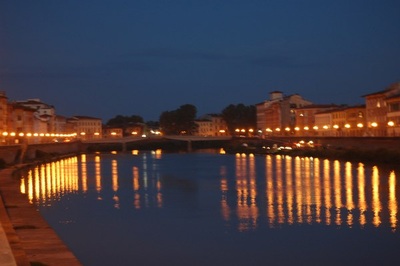 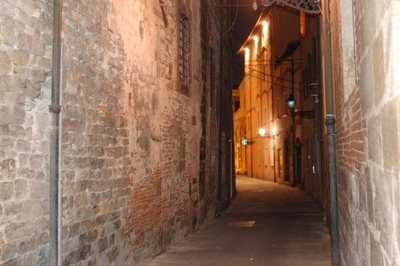 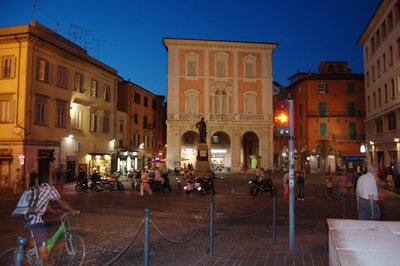 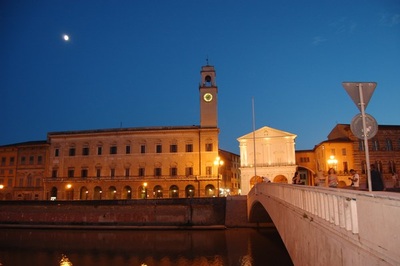 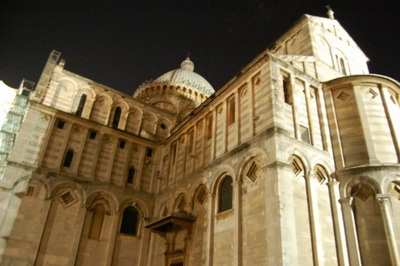 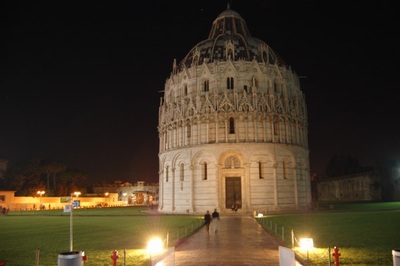 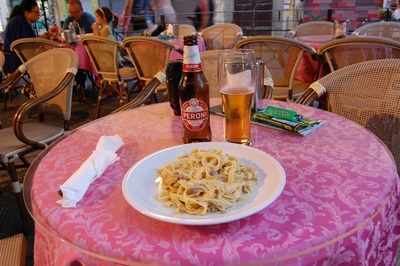 My journey would continue along the coast , taking in the full beauty of the Mediterranean waters, absorbing the moment as best I could without being too overwhelmed by the extreme heat. My water supply was running down, rapidly! Again, between the last and next major town/City , the prostitutes would line the highway, equi-spaced, perhaps a kilometre or so apart and for several kilometres along the way.

A mid-day stop allowed for a sea food lunch, followed by more coastal views and an off route excursion toward Pompeii, with Mount Vesuvius dominating the horizon. 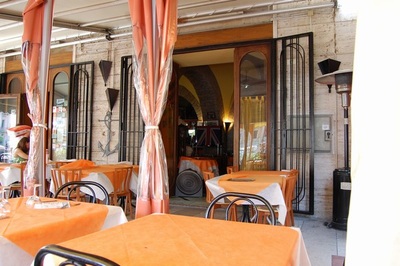 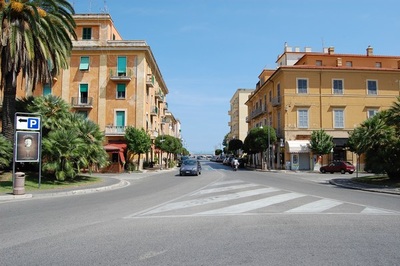 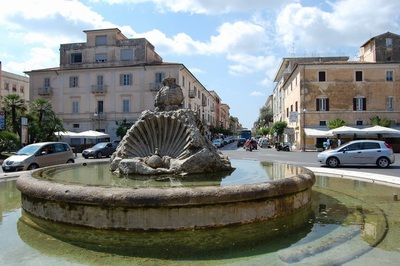 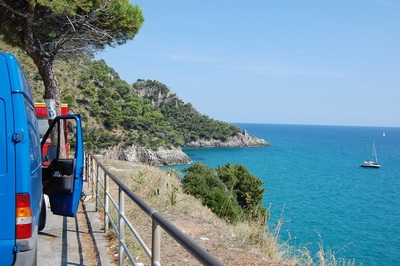 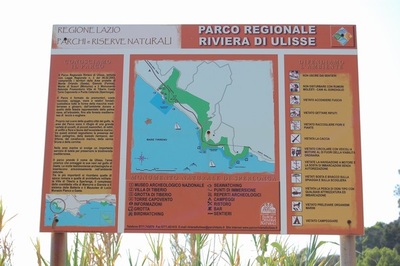 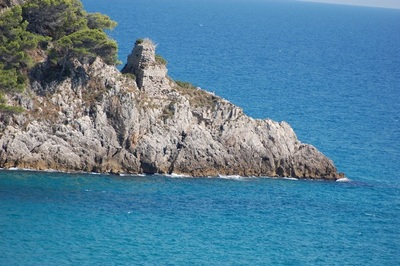 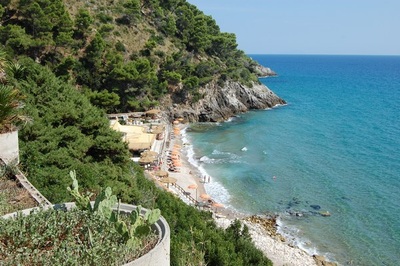 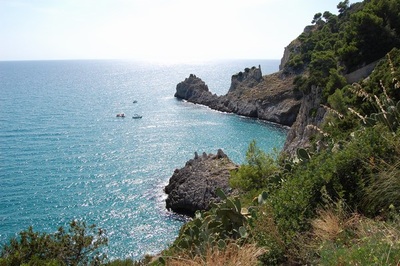 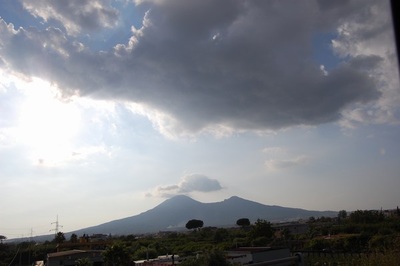